You are here: Home / News from the Field / International Projects / Russia / 2018 March: Belarus (Brest and Minsk) and Russia (Moscow and Omsk)

The last two weeks in Belarus and Russia were probably the most intense in many years, in terms of teaching and travel. I was moving from one city to another every other day (or night) and taught two and even three times almost every day. Praise the Lord for wonderful and caring host families and communities! 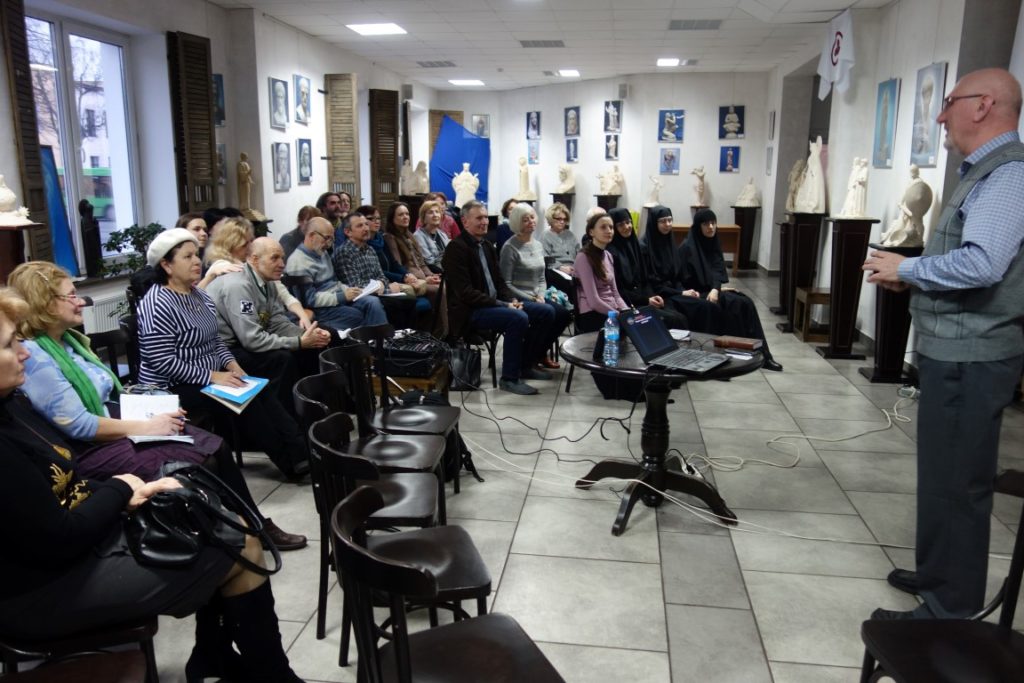 My presentation in Brest took place in the city Culture Hall where a group of new-agers and Roerich followers are usually holding their meetings. Most of the group attended my event and many of them shared with me how truly shocked they were by the historic and factual evidence for Christ. 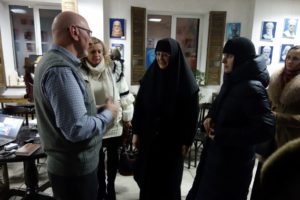 One of them said: “We were worshiping here an unknown and unknowable God, while the evidence for Him was right around the corner. Your presentation introduced us to Him as a person we can now relate to.” A group of nuns from the nearby Orthodox Convent were also present and extended their invitation to me to teach at the summer camp they run in early August for over 400 youth from all over Brest Region.

I made a quick stop in Minsk for a lecture at their Seminary for future priests and lay leaders. Some of them already took a class in Apologetics but the training in FaithSearch Discovery enabled them to powerfully and systematically apply it in their evangelism and missions work.

It was spring time in Poland and Belarus, but the further east I was moving the colder it was getting. An overnight train to Moscow brought me back to winter and I was glad to spend most of my days there either teaching in classrooms or running from one to another.

Every other day, I moved from one of Moscow suburbs to another enjoying my new accommodations and hosts’ company – churches in Podolsk, a university in Tarusa, a state college in Moscow, and a private grade school in Pererva. 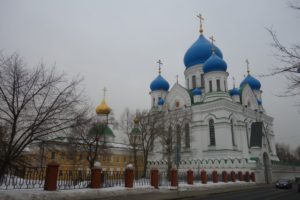 That last one truly challenged me when they brought all their kids from third grade through ninth grade together, and asked me to give them a lesson they will all enjoy and benefit from. I think they were just as much surprised as I was seeing the little ones glued to the screen for almost an hour-and-a-half, while the older ones were peppering me with questions and sometimes rather skeptical remarks. I intentionally filled this presentation with exciting archeology and manuscript discoveries, and left enough room for them to show their knowledge in World History and their wit in interpreting the evidence. It was so much fun! Teachers said they’ve never seen their younger kids working together with older ones so well!

The day I spent at the University gave me a chance to, first, present a paper at their scientific conference and, second, to teach a class on the practical application of history and archeology materials in missions and evangelism. The school is known in Russia for its high academic standards and it was truly an honor to present our material in their midst. 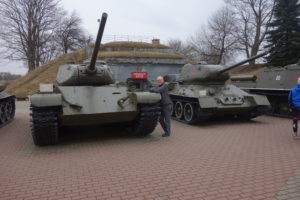 A red-eye flight to Omsk, in Eastern Siberia, didn’t give me much time to sleep; the three-hour time zone shift made that night even shorter. Luckily, I am a true extrovert and get energized from meeting with people and talking to audiences. By the end of that day, however, I was completely drained and was actually happy to learn that my next day trip to Sargatskoye (100 km away) was canceled. I would only have one presentation in the evening. Straight from the airport I was delivered to the Orthodox seminary for four academic hours of classes for the senior year students (most of them were already ordained priests). 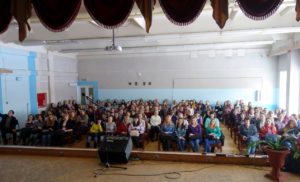 After a lunch break, they took me to the state Teachers’ College for a two-hour lecture in front of nearly 200 students preparing for elementary teacher’s careers – all women. They will be using my school textbook on the “Intro to Orthodox Culture” in their classrooms and were excited to receive a firm foundation in faith from its author. 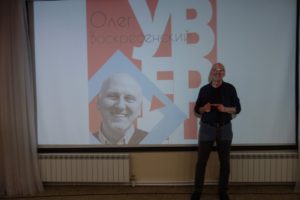 I had to be extra careful and sensitive in presenting the evidence for Christian faith to them, as some may have very possibly been from a Muslim background – Kazakhstan border is only 100 mi away. My earlier experience in Chechnya came in handy.

A weekend-long city-wide youth outreach in Omsk was topped off by two days of nine-hour-long classes at the Moscow Evangelical Seminary, which made a grand finale to the trip that lasted a little over my usual three weeks and stretched over five time zones.

[This presentation has] given me greater ability to share the historical facts backing up the accuracy of Scripture and divinity of Jesus.

It was a really good presentation.  It was cool to see more proof I can use to tell my friends about creation.  It helped me learn a lot.

FaithSearch International celebrates over forty years of proclaiming the Gospel with evidence to all peoples everywhere. Thank you for considering being a prayer and financial … END_OF_DOCUMENT_TOKEN_TO_BE_REPLACED

The mission of FaithSearch International is to "Extend the Gospel with Evidence to all peoples Everywhere." FaithSearch delivers the "Ah-ha!" moment in your church and community with an exciting, … END_OF_DOCUMENT_TOKEN_TO_BE_REPLACED