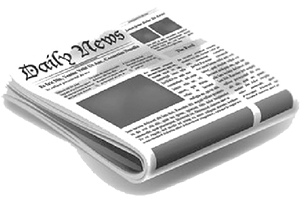 A OnePoll survey reported that the average adult in the United States wakes up grumpy 300 times per year. Psychoanalyst Erica Komisar thinks she know why: “One of the most important explanations–and perhaps the most neglected–is declining interest in religion.”

Indeed, a Harvard study of 5,000 children and teens reported that those who attended a religious service at least once per week scored higher on well-being measurements and had lower risks of mental illness. They also experienced a sense of mission, forgiveness, and lower probabilities of drug use and early sexual initiation.

At a moment in my life where I am questioning, "Where are you God? Are you there?" you brought me hope.  Thank you.

FaithSearch International celebrates over forty years of proclaiming the Gospel with evidence to all peoples everywhere. Thank you for all your support and interest in our ministry. … END_OF_DOCUMENT_TOKEN_TO_BE_REPLACED

﻿ The mission of FaithSearch International is to "proclaim the Gospel with evidence to all peoples everywhere." FaithSearch delivers the "Ah-ha!" moment in your church and community with an … END_OF_DOCUMENT_TOKEN_TO_BE_REPLACED