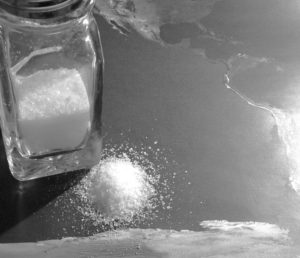 In previous issues of the Paraclete, I wrote about the fingerprints of God as revealed in nature and in history (Volume 1, Issue 6, and Volume 2, Issue 1).

Those arguments are considered “hard” or objective evidence for the existence of God. Here I appeal to “soft” evidence: the phenomenon of transformed lives. Some people view it this way:

What is the greatest argument for the existence of God? Answer: Christians!

What is the greatest argument against the existence of God?
Answer: Christians!

These two seemingly contradictory answers illustrate the efficacy of the soft evidence of transformed lives. People of every walk of life, social status, nationality, and age—all share a common testimony that their faith in following Jesus changed their life in very positive ways. As long as they “walk the talk” in practice, it supports the contention that God exists (James 1:22-27). If, on the other hand, they don’t, it is used as an allegation that God doesn’t exist.

Jesus Himself stated that His followers’ transformed lives should serve as a witness to the reality of God: “You are the salt of the earth…You are the light of the world…let your light shine before others, so that they may see your good works and give glory to your Father who is in heaven” (Matthew 5:13-16, ESV, used throughout this article).

The Bible is clear that the power for this transformation is not innate in humans, but is sourced in God the Holy Spirit, who indwells the believer (John 14:16-17). The apostle Paul, writing to the Christians at Corinth, identified this truth: “Therefore, if anyone is in Christ, he is a new creation. The old has passed away; behold, the new has come. All this is from God…” (2 Corinthians 5:17). He also says that “…we all, with unveiled face, beholding the glory of the Lord, are being transformed into the same image from one degree of glory to another. For this comes from the Lord who is the Spirit” (2 Corinthians 3:18).

This is not a claim that Christian believers are without fault. The Bible is clear when it says to everyone—believer and unbeliever alike—that “if we say we have no sin, we deceive ourselves…” (1 John 1:8). Instead, believers are like the blind man who, when he was healed by Jesus, exclaimed to the inquiring Pharisees: “…one thing I do know, that, whereas I was blind, now I see” (John 9:25).

The fact is the believer is a work in progress, becoming more Christ-like while growing in relationship with God. Paul again, identified this process in himself to the church at Philippi:

…in order that I may gain Christ and be found in Him, not having a righteousness of my own that comes from the law, but that which comes through faith in Christ, the righteousness from God that depends on faith… I do not consider that I have made it my own. But one thing I do: forgetting what lies behind and straining forward to what lies ahead, I press on toward the goal… (Philippians 3:7-16, excerpt).

This is the nature of the testimony of countless new believers: not perfection but transformation.

This is the sense in which Christian life transformation is a witness to God:
“…that you may be blameless and innocent, children of God without blemish in the midst of a crooked and twisted generation, among whom you shine as lights in the world” (Philippians 2:15). This is also consistent with Jesus’ promise to His followers when He said, “I came that they may have life, and have it abundantly” (John 10:10).

Finally, the evidence of transformation should not be confused with mere improvement or even niceness alone. As C.S. Lewis so aptly wrote, “A world of nice people, content in their own niceness, looking no further, turned away from God, would be just as desperately in need of salvation as a miserable world—and might even be more difficult to save” (Mere Christianity, p. 182). Mere improvement is not redemption.

The right response is:  “Will I yield my nature to God?” Again, Lewis provides insight: “God became a man to turn creatures into sons; not simply to produce better men of the old kind but to produce a new kind of man” (Ibid.). Each person who experiences this new creation (Ephesians 2:8-9) is then free to manifest the convincing evidence of this “new kind of man” transformation.

Jesus, the source of power for this new creation (see Hebrews 12:2) clearly expressed His desire for Christians: “I am the light of the world. Whoever follows Me will not walk in darkness, but will have the light of life” (John 8:12). Let us pray that the light of Christian lives around the world will be the greatest argument for the existence of God!

We are so thankful to have had Don Bierle speak to [our] ninth-grade group. At least seven kids stayed after to ask him questions and hear his insight on creation-vs-evolution issues as well. Don was an amazing presenter to our group. He spoke to the students with clarity and effectiveness—meeting them where they are, challenging END_OF_DOCUMENT_TOKEN_TO_BE_REPLACED

FaithSearch International celebrates over forty years of proclaiming the Gospel with evidence to all peoples everywhere. Thank you for considering being a prayer and financial … END_OF_DOCUMENT_TOKEN_TO_BE_REPLACED

The mission of FaithSearch International is to "Extend the Gospel with Evidence to all peoples Everywhere." FaithSearch delivers the "Ah-ha!" moment in your church and community with an exciting, … END_OF_DOCUMENT_TOKEN_TO_BE_REPLACED